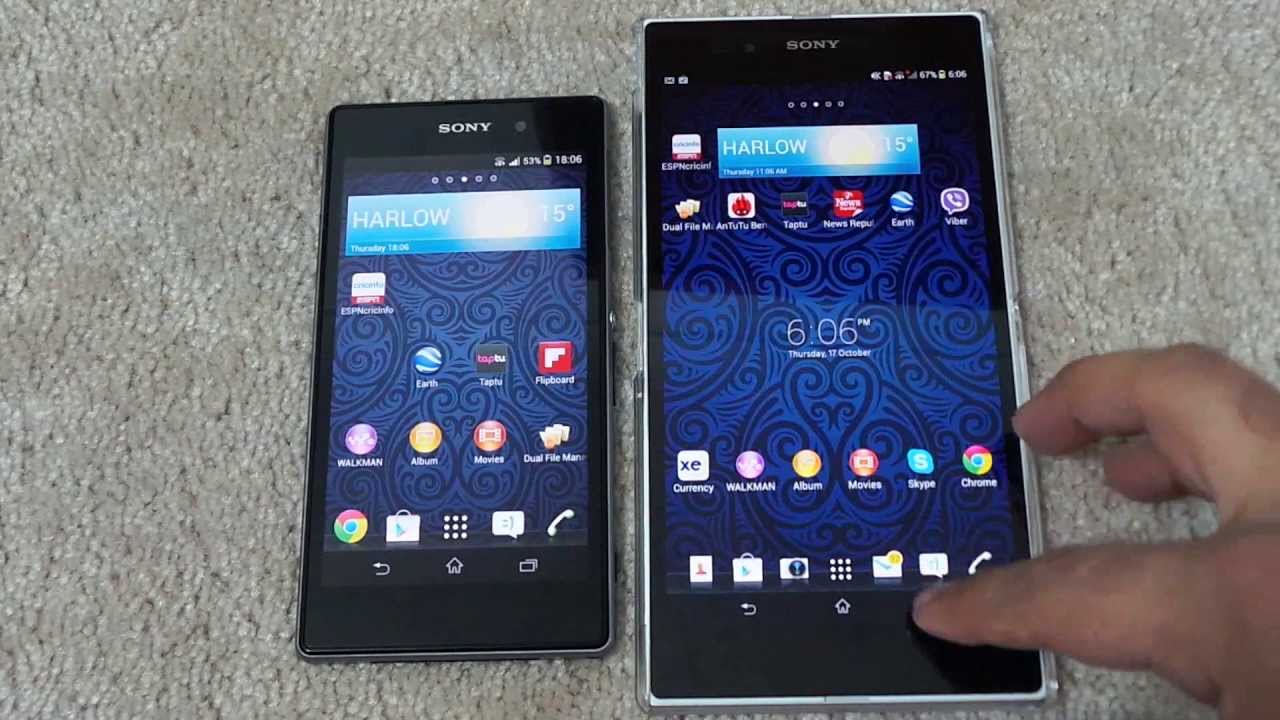 How can I view two apps at the same time (Android 7.0 or higher)?

The vibrate motor is located in the lower quarter of your phone. To access it you will need to open up the back of your phone. This guide will help you through the necessary steps required to get your phone vibrating …. Ships Today! Xperia Z Ultra. Find great deals on eBay for xperia z screen.

Shop with confidence. Skip to main content. It is used to repair faulty screen and replace your broken, cracked or nonworking lcd assembly. Because as I try to press the power button it keeps on vibrating for a long time. This is such a lie. Shop with confidence on eBay!

Shop by category Please refer to the pictures. This unit has been thoroughly inspected and tested by our in My sony xperia z ultra, wont power on. When charge sometimes red light blinking. Sony Xperia 1 screen works in 4K all the time. The Sony Xperia Z is a touchscreen enabled Android smartphone designed, developed and marketed by Sony. This is a problem that happens regularly on smartphones. The xperia logo would just come and after few seconds the screen went blank.

There have been a number of complaints about calls randomly dropping with a beep sound and about the screen … Get Price Solved: Xperia Z wont boot and vibrated 3 times The Google Play Edition is physically identical so we'll focus on the software and performance differences here. Earpiece volume is solid, and transmissions through the mic sound very full, though I noticed some persistent static.

Noise cancellation blocked out a wide range of street sounds, but the mic seemed to pick up wind noises too easily, and even just a hearty laugh could produce crunchy static. In my tests, the Z Ultra lasted for 21 hours of continuous talk time, which should be plenty to last you through the day. View All 5 Photos in Gallery. Though it has the same quad-core 2.

It lagged behind on the Vellamo Web benchmark, but outpaced the Xperia version on Sunspider and Browsermark. As always, though, take these numbers with a grain of salt—both the Xperia and GPE Z Ultra are among the fastest Android smartphones out there and I honestly couldn't tell any difference between the two in everyday use. Android and Camera The big ticket feature here, of course, is the unadulterated Android 4. The experience is more or less identical between the various Google Play Edition devices.

Everything here is stock, from the launcher to the camera. You get your typical array of Google services, relatively barren home screens, Hangouts instead of a messaging app, and access to Google Now. It's not the same experience you'll get on the Nexus 5, though, as its missing features like swiping left for Google Now, or triggering an instant search by saying "OK Google" anytime the phone is on and unlocked.

There are no redundant manufacturer media services, thankfully, and no-preloaded apps outside of the core Google apps. In fact, bloatware is non-existent. It's a breath of fresh air compared with carrier versions, though I actually like the aesthetics Sony has going for it on the Xperia version. And since it's only available unlocked to begin with, there wasn't much bloat to deal with on that particular model anyway. So purists will love the stock look and feel, but it's missing some features I'm actually starting to like in custom skins. You can't customize the quick settings icons in the notification tray anymore, for instance, and there are no native power saving features either.

I really liked being able to set the Z Ultra to whitelist certain apps for background data when idle, but to achieve that now I'd have to download a third-party app. The ability to pick and choose which features you want to add, though, is among the many draws of having a stock Android device.

Even after years of deference to pure Android, I'm not convinced that it really takes advantage of such a spacious and powerful device in a meaningful way. One big thing missing here is multitasking.

Sure, Web pages and graphically intensive games look incredible on the Z Ultra, but there's no real multitasking baked in here. As much as it pains me to say this, part of me misses the split-screen multitasking of gulp TouchWiz'd Samsung devices. You can quickly swap back and forth using the Recent Apps button, but it's not quite as efficient, and I haven't seen any good third-party solution. This is true of the Xperia and GPE Z Ultra, though, so if you're deciding between the two, it's not a point of distinction.

The camera app can start up, focus, and fire off a shot at a moment's notice. Gone are Sony's multitude of scene modes and adjustable settings, but you still get control over focus and exposure compensation, and you still have an HDR shooting mode. The sensor hasn't changed, and there's still no flash, so images are still overly noisy or blurry indoors and under low-lighting conditions. Colors tended to run a little cool as well. Outdoors and under good studio lighting, the camera takes sharp images, but not on the same level as the Galaxy S4 or iPhone 5s.

Conclusions The Sony Z Ultra still seems more than a bit ridiculous to me, but I'm not going to knock it for its size here. If you're reading this, you probably don't give a damn about how big it is—in fact, that might be the reason you're considering it. But should you get the Google Play Edition or the Xperia?